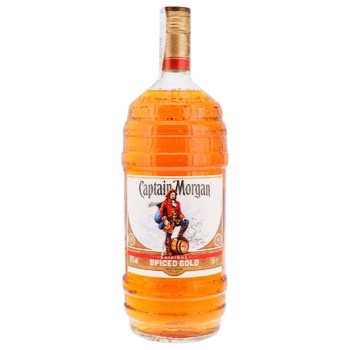 Captain Morgan rum drink has an interesting history, because it was first created by the real pirate Henry Morgan, whose name inspired terror in the Caribbean. The history of his piracy ended in 1671, when Spain and England signed a peace treaty, and in 1673 he was awarded the title of "sulfur" for his services to England and was appointed lieutenant governor of Jamaica, where he created the original recipe for the pirate drink.

Today, the bulk of the production of the Captain Morgan rum is also carried out in Jamaica, where the highest quality distillate is obtained from selected Jamaican cane in continuous rectification columns. The resulting alcohol is delivered to England, where rum is aged in oak barrels.